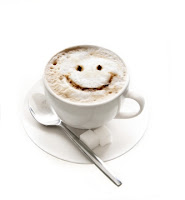 If the flight attendant serves your tea in a china cup with a silver spoon to stir in the delicate sugar cubes, you might ask yourself, “Is airline concerned about sustainability, or is this because am I sitting in First Class?”  That question is easily answered if you are the passenger bumping along back in Coach Class with a styrofoam cup, paper sugar packet and plastic stir stick balanced on the tray.

Air travel is one of the least sustainable ways to get to a meeting and airlines traditionally haven’t shown much regard for the environment.   However, they are currently a necessary transportation provider in this industry and sustainability is still in the “progress not perfection” stage.

There are signs several airlines are taking their first steps toward a greener future.  Horizon Airlines, having started its recycling efforts in the 1980’s, now leads the industry by collecting 90% of onboard recyclables.   Alaska Airlines reports 63 percent of onboard recyclables were collected in 2012 and their goal for this year is 70%.

Since 2004, Alaska Airlines has cut their carbon footprint by more than 30% by using fuel-efficient aircraft and GPS-based navigation equipment to fly more directly between airports.

During the last six years, United recycled more than 20 million pounds of cans, paper and plastic items from waste generated inflight and at its facilities resulting in a net reduction of 28,700 metric tons of carbon emissions.  More than 24% of United’s ground equipment fleet is electric or alternatively fueled.

United Airlines has set a goal to save 85 million gallons of fuel in 2013. The airline says this savings will equal 828,750 metric tons of CO2 or about $275 million dollars at current fuel prices.

Just this week, “NASA researchers announced commercial airlines can safely fly using plant-based biofuel, following successful test flights in California.  Bruce Anderson, a senior research scientist at Langley who worked on the project, notes these fuels are 'quite acceptable' for use in commercial jets.”

Congratulations on these small steps along the way to make air travel more sustainable, not to mention the cost savings in landfill fees and jet fuel.   On our own path to sustainability, the meeting industry salutes the airline industry and looks forward to a future where everyone drinks tea out of a china cup!

The airline have talked alot about biofuel but have really lagged behind in food service. its good to see things changing. Lufthansa is doing a good job in Europe