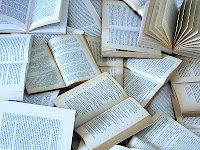 Business for Social Responsibility has hosted the annual conference at the Grand Hyatt New York every other year since 2004. The hotel's willingness to collaborate has resulted in several "green pilot" programs. Prior to 2008, the hotel did not have a front of house reycling program. During that year's conference, Hyatt placed recycle bins on the meeting room floors and began a recycling program. In 2010, diversion from the hotel's front of house recycling program was measured and benchmark data is now collected.

BSR and Carole Garner, project manager at MeetGreen, took the initiative to enroll the hotel as a valued partner and the Grand Hyatt New York responded. Together they have improved performance and made a difference!
Stay tuned for more excerpts from the BSR 2010 Event Sustainability Report.
Posted by Nancy J. Zavada, CMP at 10:23 AM