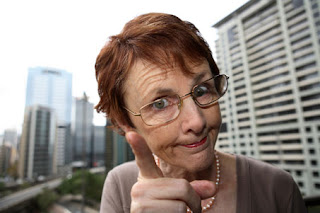 It isn't financial incentives. It isn't more information. It's guilt that motivates us, according to The Wall Street Journal article, "The Secret to Turning Consumers Green".
As you know I am of the mind "whatever works" when it comes to engaging people to be more environmentally responsible, so I thought these two studies were very insightful.

One study involved those placards in hotel bathrooms that urge guests to reuse towels. Over a three-month period, researchers tested two different placards in a 190-room, midprice chain hotel.

One card was headlined "Help Save the Environment" and urged visitors to "show your respect for nature" by reusing towels. The second read, "Join Your Fellow Guests in Helping to Save the Environment" and noted that 75% of guests participated in the towel-reuse program. The guests who were exposed to the peer pressure—the fact that so many of their fellow travelers were doing it—were 25% more likely to reuse towels.

A follow-up study found that tweaking the wording on the placard so it was specific to the guest's room (as in: nearly 75% of guests who stayed here in Room 331 reused their towels) yielded even better compliance.

And in another study...

Psychologist Doug McKenzie-Mohr describes one such study in his book "Fostering Sustainable Behavior." A college gym's shower room displayed a prominent sign urging students to conserve water by turning off the shower while they soaped up. Only 6% did so initially. But when researchers planted an accomplice who shut off his water midshower, 49% of students followed suit. When there were two accomplices, compliance jumped to 67%, even though the accomplices didn't discuss their actions or make eye contact with other students.

Traditional conservation campaigns have been "based on the premise that if we simply provide people with information, they will make changes in their lives," Mr. McKenzie-Mohr says. "We know pretty conclusively that's not true."

So I guess I can throw away my slides loaded with information about doing the right thing and those that present the business case and develop a set using good, old fashioned guilt. I think I shall call it, "Guilt Trips!" Thanks, Mom.
Posted by Nancy J. Zavada, CMP at 1:26 PM